Asus is all set to launch Zenfone 3 at an event in New Delhi on August 17.  The event named ‘Z3nvolution India’ will have Asus CEO Jerry Shin in attendance.

Asus first unveiled Zenfone 3, Zenfone 3 Deluxe and Zenfone 3 Ultra during Computex 2016.  Later in the month of July, Zenfone 3 Laser and Zenfone 3 Max were launched. We are not sure what variants of Zenfone 3 are going to be launched in India during the event.

Huawei to launch P9 on the same day at an event in New Delhi:

On the other hand, Chinese tech major Huawei has sent out media invites for a launch event also scheduled on August 17.  It is expected that Huawei will launch P9 during the event.  Unveiled in last April, P9 sports a full-metal unibody, with a 5.2-inch 1080p IPS-NEO LCD display. The device is powered by a 2.5GHz octa-core HiSilicon Kirin 955 processor clubbed with 3GB/4GB RAM and 32GB/64GB memory. This is a dualSIM phone  that runs Android Marshmallow-based Emotion UI and powered by a 3,000mAh battery.  [Read: Huawei Honor 5C Review ]

P9 has two 12-megapixel Leica-certified lens with phase detection autofocus and dualLED (dual tone) flash in the rear wherein one takes monochrome shots while the other takes colour photos. The device has an 8-megapixel camera on the front. 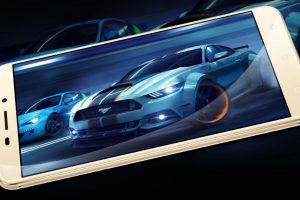