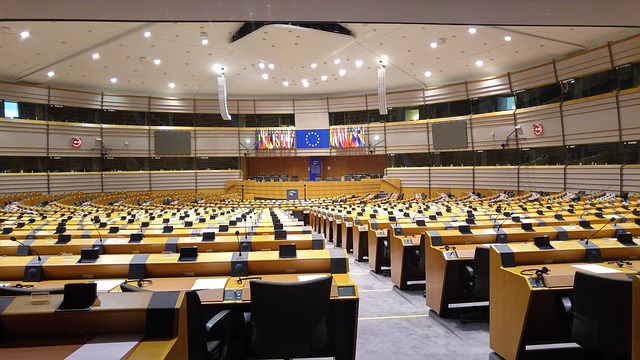 European Union today approved the most controversial copyright law of recent times. The Members of European Parliament (MEPs) met in the French city of Strasbourg to vote on the proposed law. Final vote count stood at 438 in favor of the law known as the ‘Directive on Copyright in the Digital Single Market‘, 226 members voted against, with 39 abstentions.

The proposed law which was first mentioned on 12 September 2016 drew criticism from major internet pioneers like Vint Cerf who is known as one of the fathers of the internet, the inventor of the World Wide Web Tim Berners-Lee, Wikipedia co-founder Jimmy Wales, co-founder of the Mozilla Project Mitchell Baker, Internet Archive founder Brewster Kahle, cryptography expert Bruce Schneier. Among the supporters of the law are musicians, news media alliances that have seen a significant loss of revenue due to the rise of user-generated content platforms like Facebook and Twitter. A large contingent of prominent European filmmakers had appealed to parliament members to approve the new rules at the Venice Film Festival last week.

At the heart of the controversy are two articles: 11 and 13 dubbed as the “link tax” and “upload filter” respectively. The link tax meant online platforms like Google, Wikipedia and Bing to pay media companies when linking to their articles in the form of snippets, or any other similar form. As a protest against the proposed link tax provision, Wikipedia went down on Wednesday, 04 July in Spain and Italy. Under the directive, the link tax right exists for a period of twenty years. This link tax provision is similar to law implemented in Spain & Germany.

In March 2013, Germany introduced a new law Leistungsschutzrecht für Presseverleger (LSR) also labelled as quotation tax, according to which a special new neighbouring right for press publishers was introduced, forcing news aggregators and search engines to pay a certain amount of money for the right to quote from German news publishers. In subsequent legal proceedings under the LSR, the Copyright Arbitration Board of the German Patent and Trade Mark Office held that every snippet which goes beyond the limit of seven words must then be licensed by the publisher of the news. As a response to the regulation, Google removed all the authors demanding quotation tax from its platform forcing them to waive their right to compensation if they chose to opt back in.

Original Article 11 is reproduced below:

Protection of press publications concerning digital uses:
1. Member States shall provide publishers of press publications with the rights provided for in Article 2 and Article 3(2) of Directive 2001/29/EC for the digital use of their press publications.
2. The rights referred to in paragraph 1 shall leave intact and shall in no way affect any rights provided for in Union law to authors and other rightholders, in respect of the works and other subject-matter incorporated in a press publication. Such rights may not be invoked against those authors and other rightholders and, in particular, may not deprive them of their right to exploit their works and other subject-matter independently from the press publication in which they are incorporated.
3. Articles 5 to 8 of Directive 2001/29/EC and Directive 2012/28/EU shall apply mutatis mutandis in respect of the rights referred to in paragraph 1.
4. The rights referred to in paragraph 1 shall expire 20 years after the publication of the press publication. This term shall be calculated from the first day of January of the year following the date of publication.
Following the footsteps of Germany, Spain in November 2014 passed a law that introduced a similar neighbouring right for news publishers. Under the new legislation, a copyright fee is to be paid by online news aggregators to publishers for linking their content within their aggregation services. The law also excluded the possibility for the publisher to opt out from receiving the payment by the aggregator: thus in this case, there is no possibility for Google to host Spanish articles even under a free license, not even with the editors’ consent. Under the law, compensations must be paid to the Spanish copyright collecting agency Sociedad General de Autores y Editores and any failure can lead to a fine of up to € 600,000. Following this Google News was shut down in Spain on 16 December 2014.

The directive does not explicitly recommend the use of upload filters but makes it impossible for websites to comply with the provision without the use of upload filters. The upload filter provision meant that organizations like Google, Facebook, Twitter to be liable to the content uploaded by users. Such a directive is expected to force large media companies that run on user-generated content to check all the content uploaded to their sites to remove copyrighted material. The proposed content checking system is similar to Google content id system that routinely flags even non-infringing works on Youtube. The Google content id system is estimated to be costing around $100 million to develop. The upload filter provision also means the death of internet memes.

“Anything you want to publish will need to first be approved by these filters. Perfectly legal content like parodies and memes will be caught in the crosshairs,” Julia Reda, MEP who opposes the law was quoted as saying by CNN Money.

First of all: pirates laugh at filters. The most sophisticated image filters in the world – those used for state censorship in China – are trivial to evade https://t.co/gMdO1pb33h Anyone whose occupation is beating filters will beat filters.

Original Article 13 is reproduced below:

In the backdrop of widespread criticism, the Members of European Parliament (MEPs) voted down the proposal on July 05. July vote ended in a 318 against and 278 in favour of the proposal. The July vote gave a chance to all MEPs to submit new amendments and vote on a final text—or reject the directive entirely on September 12. A total of 203 amendment proposals were received between the July vote and the vote on Wednesday.

The vote on Wednesday exempted legitimate private and non-commercial use of press publications by individual users from the ambit of Article 11. While Article 13 still applies to every platform with an upload form and every app with a “post” button. The adopted version of Article 11 allows only “individual words” of news articles to be reproduced for free, including in hyperlinks – closely following an existing German law.

Speaking to The Verge Gus Rossi, global policy director of US nonprofit Public Knowledge, tells that the Copyright Directive entrenches the power of dominant internet platforms, which are the only ones that can afford the automatic copyright filter.

Digital Copyright Directive: This is not final!

The next procedure is closed door trilogue discussions between the co-legislators and the member states with a final vote by the EU Parliament in January 2019. Once final EU approval is received, the member states are free to interpret the directive and turn it into law.

*We noticed no uniform spacing in between paragraphs. The error is due to a coding glitch and not intended.