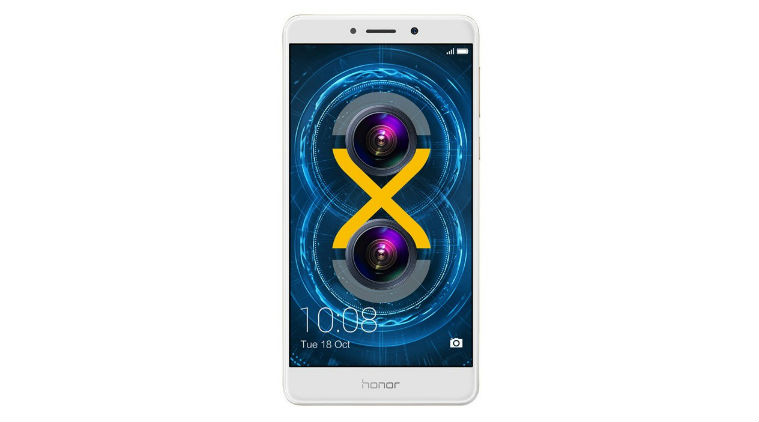 Huawei Honor 6X first unveiled at CES 2017 was launched today in India, here at an event in New Delhi. Similar to its predecessors Honor 8 and Huawei P9, the smartphone sports a dual camera setup on the rear side.  Honor 6X is available in two RAM variants priced at INR 12,999 for a 3GB variant and INR 15,999 for a 4GB variant.

The gadget is powered by a homemade Octa-core HiSilicon Kirin 655 processor coupled with a Mali-T830MP2 GPU. The gadget sports a 5.5-inch Full HD IPS LCD display with a 1920 x 1080 pixels resolution & 403ppi pixel density. On the storage front, it comes with a 32GB internal storage with a 3GB RAM and 64GB internal storage with a 4GB RAM. At the rear, the device features a dual 12MP + 2MP rear camera with features like phase detection autofocus & LED flash. In the front features an 8MP selfie camera.

The device will be running on  Android 6 Marshmallow Out of the box on an EMUI 4.1 skin. The gadget is expected to get an update to Android Nougat (EMUI 5.0) at a future date. The smartphone is powered by a 3,340 mAh battery with fast charging and comes with micro USB connectivity. The device has dimensions 150.9 x 76.2 x 8.2mm  and weighs 162 grams. The smartphone comes with a fingerprint scanner on the rear side. The gadget is 4G compatible and will support 14 Indian languages. Apart from regular connectivity options, the device comes with Wi-Fi bridge, which can transform your phone into a Wi-Fi repeater for up to 4 devices.

The smartphone will be available in three colour variants Gold, Silver & Grey.  Honor 6X (3GB RAM version) will be sold exclusively on  Amazon.in in a flash sale model. The flash sale is scheduled to take place on February 2, 2017, at 2 pm while registrations for the same will be open today from 11.59 pm until January 31. Customers get 14 GB additional data on purchase of every 1GB from Airtel.

Harish is in his final year of B.Tech. At Preview Tech he attends and covers gadget launch events.