Chinese phone maker Meizu scheduled its brand launch in India on 26 August.  The brand launch was also used as a stage to launch their flagship Smartphone, the Meizu MX5 which was released in China in June 2015.  The new Meizu’s flagship phone which will replace MX4.

The MX5  features  a metal body design, with a matte grey finish along two chrome lines on the top and lower portions. Despite having a metal body, the Smartphone is quite light to hold in the hand and weighs just 149g with a thickness 7.6mm.The control buttons are situated on the right-hand side. The dual nano SIM tray is positioned on the left-hand side. In the front, you have a 5.5inch display with a button placed in the centre at the base. This button houses the fingerprint sensor and also functions as a home as well as back button. The rear camera module protrudes out slightly. 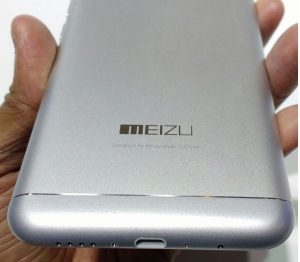 The Meizu MX5 comes with the MediaTek Helio X10  chipset and  has an octa-core processor with processing speed of 2.2GHz. This is coupled with 3GB of RAM. The MX5 is avaliable in 16GB, 32GB and 64GB variants of which the 16GB variant has been launched for Rs 19,999. Not having a expandable memory is a key drawback. Similar to Xiaomi, Meizu has its own custom user interface called Flyme UI. The MX5 comes with Android 5.0 with the Flyme 4.5 UI atop it.  For someone who is new to custom Android User Interface, there is a slight learning curve involved. The smartphone supports 3G as well as 4G SIM cards. It comes with WiFi 802.11ac, WiFi Direct, Bluetooth 4.1, GPS with A-GPS, GLONASS and sensors such as the proximity sensor, gyro, accelerometer.  The Meizu Smartphone has  Sony 20.7MP sensor for the rear camera which comes with a 6-element lens. On the front you get a 5MP camera. As per the sources the rear camera is capable of shooting 4K videos at 30fps, the front camera can shoot full HD videos at 30fps. The camera specifications are certainly impressive and should give a good image quality.

The Meizu MX5 comes with a 3,150mAh non-removable Lithium-ion battery. This is a decent battery specification for a flagship Smartphone. As per Meizu, the battery can be charged from 0% to 25% in 10minutes.