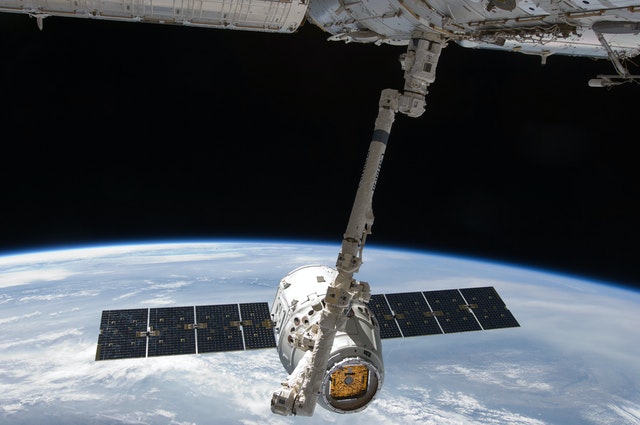 In a move which increases the participation of private players in the Space Sector, National Aeronautics and Space Administration [NASA] has announced names of 3 companies to design and develop human landing systems for the space organisation’s Artemis program. Blue Origin headed by Amazon founder Jeff Bezos, SpaceX headed by Elon Musk and an Alabama based firm Dynetics were awarded the contracts. While Blue Origin’s contract is worth $579 million, and SpaceX’s and Dynetics’ contracts were valued at $135 and $253 million respectively, as reported by The Guardian.

This is for an initial study phase of 10 months after which NASA will pick a winner. During the time the entities are required to demonstrate how their solutions would work in practice. The bids by Boeing and Vivace were eliminated before the above 3 were selected. NASA wants to do the lunar landing by 2024 and wants to have a lunar presence by 2028. The organisation wants to use the lunar surface as a base for the humankind’s journey to Mars. While SpaceX is using its own Starship spacecraft, Blue Origin and Dynetics are partnering with multiple sub-contractors. NASA will be using its own Orion capsules and Space Launch System mega rockets. This allocation of contracts is part of a larger program called Artemis through which NASA aims to send humans onto the lunar surface.

The U.S.A through this mission will be sending a woman astronaut on to the moon for the first time. It is named after Artemis, the Greek goddess of the moon and the twin sister of Apollo. NASA is aiming at a sustainable and cost-effective operation with Artemis.

After the high-cost Apollo mission during the Cold War, the United States hasn’t sent people onto the Moon. However, as the plan to go to Mars grew stronger, a test drive in space became necessary. Moon, being a relatively familiar territory, the space organisation is making plans to explore it further and test the technologies related to the Mars mission. NASA aims to develop an ongoing presence on the lunar surface. President Trump’s Space Directive 1 which mandated more missions to the moon is also one of the cause as to why this project has gained the momentum it has. The Artemis program will consist of stages.

In the first stage, Lunar Orbital Platform-Gateway will be sent to orbit the moon. This will act as mid-point between the moon and earth. The second stage would be to send the crew to orbit around the moon and return. The third stage would be to send humans onto the lunar surface. The studies on the moon are going to be important as any potential of it having minerals will only attract more investment from the private sector.

About the Companies – NASA Space Mission:

Founded by the richest man on the earth Jeff Bezos in 2000, the company has been working with an aim to pioneer and increase human access to space with the help of reusable launch vehicles. In 2016, according to the New York Times, Blue Origin was spending a whopping $1 billion dollars and Jeff Bezos made a public statement that he is aiming to fund Blue Origin with $1 billion every year.

Founded by billionaire Elon Musk in 2002, this company has been a pioneer in the space sector. The market capitalisation of the company, according to CNBC, is around $35 billion. The company’s falcon 9 rocket has mixed responses but the company is lauded for its innovative and gutsy implementation of their plans.

Dynetics is a subsidiary of Leidos, an American multinational corporation. They work in fields such as weapons, hypersonics, space, aviation. As noted in its website, Leidos, which also is the government IT provider, bought Dynetics for $1.65 billion, in cash, in 2019.

About the NASA Contracts:

A national team led by Blue Origin bagged the contract. Blue Origin will serve as the prime contractor as it builds the descent element of the system along with program management, system engineering, and safety and mission assurance. Lockheed Martin will develop ascent element of the system which is reusable and will lead crewed flight operations. The transfer element will be built by Northrop Gunman while Draper will lead descent guidelines and flight avionics.

An unconventional model proposed by Dynetics has two separate drop tanks which are launched separately. This model lander will be only a little height from the surface, unlike the Blue Origin’s spacecraft which has a ladder and the SpaceX’s lander which is at a distance from the surface.

Notably, the Orion capsule was also developed by Lockheed Martin which is acting as a subcontractor with Blue Origin in this project. This capsule will fly on the Artemis 1 mission. However, there won’t be crew harboured in it. If this project gets completed on time, we can safely eliminate one factor which would cause a delay in humankind getting to Mars.