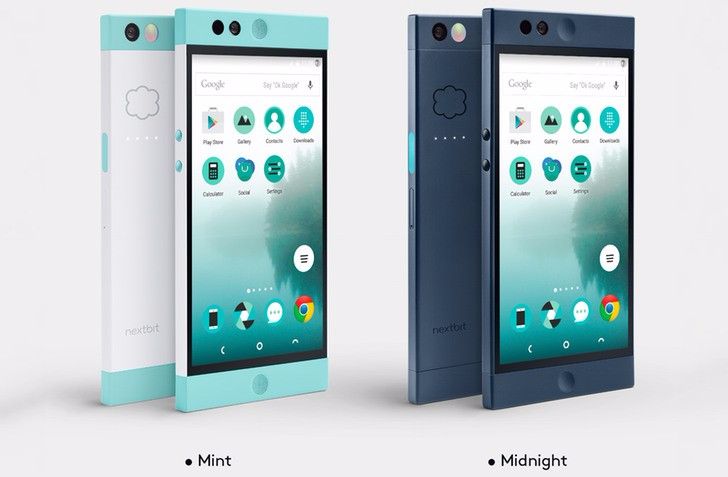 Nextbit, the US-based company funded by crowdsourcing launched the first ever CLOUD-FOCUSED DEVICE ‘Nextbit Robin’ in India. At a price of Rs.19,999, the company has integrated 100 GB of free cloud storage into Android OS along with an inbuilt storage capacity of 32GB.

Designed by Scott Croyle, former SVP of design and user experience at HTC, the Nextbit Robin smartphone was launched in August 2015 in the USA. The smartphone sports a 5.20-inch touchscreen display of resolution of 1080 pixels by 1920 pixels.Running on an Android 6.0.1 OS, the gadget is powered by a 2680mAh non-removable battery. It measures 149.00mm x 72.00mm x 7.00mm(height x width x thickness).

The Nextbit Robin is powered by 2GHz hexacore Qualcomm Snapdragon 808 processor. The device is supported by 3GB RAM and a 32GB of internal storage which cannot be expanded. As far as the cameras are concerned, the Nextbit Robin sports a 13-megapixel primary camera on the rear and a 5-megapixel front shooter for selfies.

Connectivity options include GPS, Wi-Fi, Bluetooth, NFC, 4G with support for Band 40 which is used by LTE networks in India. Sensors on the gadget include Proximity sensor, Ambient light sensor, Accelerometer, and Gyroscope

With an integrated 100 GB of free cloud storage into Android OS, the gadget decodes your usage pattern through an inbuilt algorithm and back up apps and photos on the presets that users select. The apps that are saved on the cloud appear in a greyscale tone, while other apps show up with their original colour

Nextbit was funded through a crowdfunding campaign on Kickstarter.com in September 2015. The tech company surpassed  its funding goal of $500,000 within 12 hours of the launch of the campaign  and completed $1 million goals within two weeks.

Nextbit Robin comes in two variants ( Mint and Midnight) and  is now available for pre-booking in India through Flipkart and will go on sale starting May 30, 2016.

Gopi is Chief Editor of tech section of this website. An aspiring software professional he writes on innovations and recent developments in Science and Technology.
When not writing he plays Clash of Titans and Mini Militia.