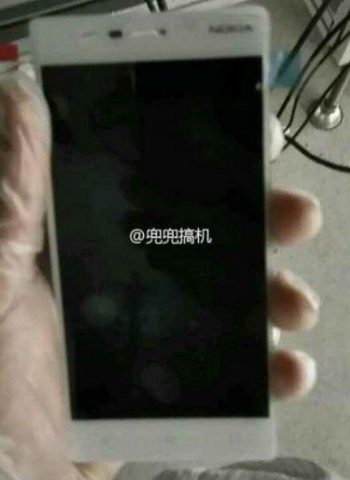 There are reports over the last few months on the possible re-entry of  Nokia branded smartphones in the year 2017.  As per the latest reports an entry level smartphone named ‘TA-1000’ from HDM Global (a licensee of Nokia brand) passed Chinese Compulsory Certification (3C) Test recently. A leak by Nokia Power User a few days back revealed that ‘TA-1000’ is to be named as ‘Nokia E1’.

As per the leaked data, Nokia E1 is an entry level smartphones with a 1.4 GHz Quad-Core Snapdragon 425 Processor & Adreno 308 GPU. It is rumoured to have a 2 GB RAM with an internal storage of 16GB. On the camera front, it features a 13 MP rear camera and 5 MP front facing the camera.

Another low-end smartphone Nokia D1C leaked in December 2015 is said to feature 1.4 GHz Snapdragon 430 Processor along with an Adreno 505 GPU. It is rumoured to come in two RAM variants of 2 GB and 3 GB  powered by Android Nougat 7.0 OS. The device is said to be available in screen variants 5-inch and 5.5-inch with 1080p display.

Nokia which sold its Devices & Services division to Microsoft in April 2014 as a part of the agreement agreed not to enter the smartphone market until the end of 2016. In may, last year Nokia entered into a trademark licensing agreement with HDM Global enabling HDM to manufacture Nokia branded smartphones after the expiration of non-compete clause.  Now with the non-compete clause coming to an end HDM is rumoured to be planning to launch as many as seven smartphones in 2017.