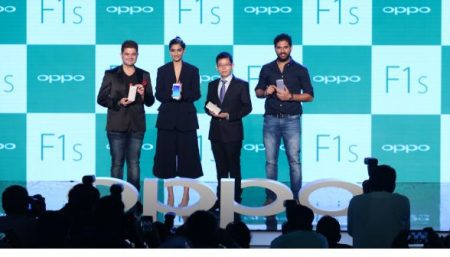 F1s is a selfie-oriented  smartphone with a 16MP front camera. The gadget is powered by an octa-core MediaTek MT6750 processor. The smartphone comes with RAM capacity of 3GB and an internal storage capacity of 32GB that can be expanded up to 128GB using an external micro SD card. Apart from the 16MP front camera, it has a 13-megapixel primary rear camera. The device is dual SIM smartphone and runs on Android 5.1 (which is a drawback). F1s powered by a 3075mAh nonremovable battery. The smartphone has dimensions 154.50 x 76.00 x 7.38 (height x width x thickness) and weighs 160.00 grams. On Connectivity front the device supports Wi-Fi, GPS, Bluetooth, 3G, 4G. Sensors on the phone include an Ambient light sensor, Proximity sensor,  Accelerometer. 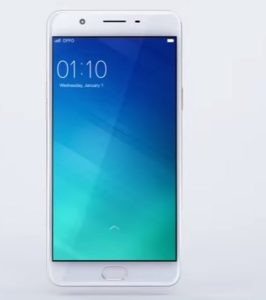 The device has a 5.5 inch IPS display screen and also features a fingerprint sensor which is an upgrade from the earlier versions of in F1 series.  The device is priced at INR 17,990 and will be up for sale from August 11 on amazon.in. The device will also be available offline, the details for which are awaited. Only recently Oppo overtook Huawei to become no.1 smartphone in China mainland.