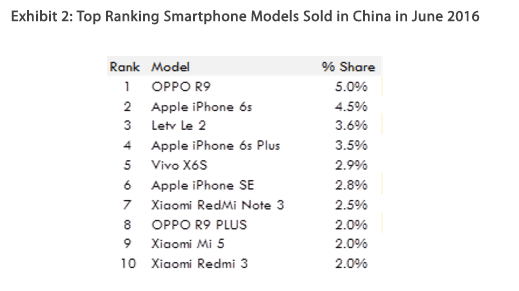 The increase in Oppo’s market share is contributed to its aggressive marketing strategies and successful penetration into tier III and tier III cities by offline mode. OPPO is a subsidiary of BBK Electronics, which also owns VIVO, the third largest brand. VIVO has a total market share of 12.00% in June 2016. 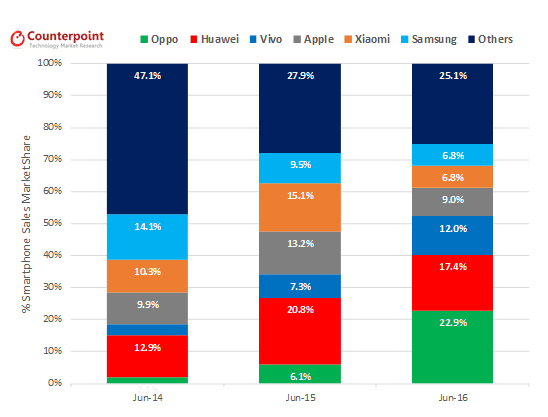 Oppo F1s to be unveiled in India on August 3rd:

The Chinese smartphone is all set to unveil a new version in its most successful F1 series. Named as F1s the new device will be successor to Oppo F1. The gadget maker has already sent out media invites for the launch of F1s.

F1 smartphone was launched in January 2016. The gadget sports a 5.00-inch touchscreen IPS display and is powered by 1.2GHz octa-core Qualcomm Snapdragon 616 processor. The smartphone is supported by a 3GB RAM and has an internal storage capacity of 16GB. The memory is expandable up to 128GB on an external microSD card. On the camera end, the F1 has a 8-megapixel front shooter for selfies and a 13-megapixel rear camera. F1 is powered by a 2500mAh non removable battery and runs on Android 5.1.