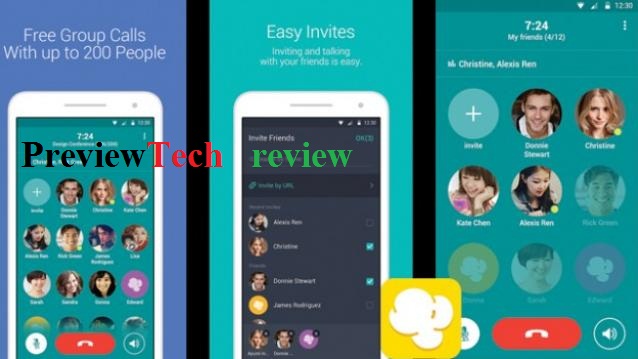 LINE, the world’s leading messaging app, announced the official Android launch of “Popcorn Buzz” yesterday. Popcorn Buzz by LINE is a free group call app that allows up to 200 participants at the same time to talk to each other.

In addition to this, there is a group call function that could come in handy for those on the move, and even in business teams. According to a release from LINE, “Popcorn Buzz can be used to talk with friends and family, catch up with classmates, make plans with club members, and more. On top of that, Popcorn Buzz is a perfect replacement for existing paid business-grade conference call services. For users that need to talk to multiple people at once, Popcorn Buzz accommodates both personal and business usage, all for free.” According to LINE, the calls are free if made over WiFi networks. However, additional mobile data charges may apply for use of 3G or 4G networks.

To get started with Popcorn Buzz, all you need to do is choose a username and upload a profile picture. Later you must  create a unique URL for a group call, you can share the URL via email, SMS, or another communication method to start a group call.

LINE added, “existing LINE users can log in to Popcorn Buzz with their LINE account to immediately synchronise their friends list data and get started making group calls with their LINE friends right away.”

During group calls, users can see all the other call members’ icons, and tell who is talking via the green dots that light up in the lower right-hand corner of current talking users’ icons.

This app is available only on Andriod as of now, an upcoming iPhone release is planned, along with the implementation of additional features such as group video chat, interconnectivity with LINE groups, and more in the future.

A release from Line added “With its release, Popcorn Buzz seeks to redefine the limits of smartphone communication in a way that has never been done before.”