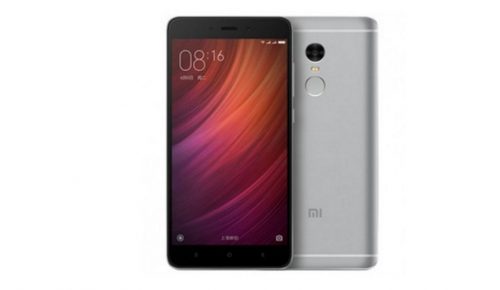 Xiaomi is all prepared to launch Redmi Note 4 in India on Jan 19th. The Chinese company started sending invites for a launch event scheduled on Jan 19th in New Delhi.  The smartphone first launched in China features a deca-core MediaTek Helio X20 processor while Xiaomi is banned from selling MediaTek powered devices in India. It is expected that the Indian version is to be powered by a Snapdragon processor.

Redmi Note 4 to be launched in India on Jan 19th

Xiaomi Redmi Note 4 comes with a 5.5-inch 1080p display with a 2.5D curved glass display of pixel density 401ppi. On the camera front, it sports a 13-megapixel camera with LED flash on the rear side, a 5-megapixel selfie camera in the front. The device comes with a fingerprint sensor in the rear and is powered by a massive 4,100mAh battery. The device runs on Andriod 6.0 Marshmallow OS with MIUI 8 Skin. Connectivity options include 4G with VoLTE support,GPRS/ EDGE, 3G,  Bluetooth, GPS, Micro-USB, & Glonass.

On the other hand, the Mi 6 is rumoured to come with Qualcomm Snapdragon 835 processor powered by Quick Charge 4.0 technology. A report on gizmochina.com claims the handset to be coming with a battery of 4000mAh capacity.  Mi 6 is said to come in two RAM  variants of 4GB & 6GB respectively with a 20MP rear camera. Leaked reports also suggest that the device is going to be priced around RMB 1,999 (approx INR. 20,000) while another variant is to be priced around RMB 2,499 (approx INR. 25,000).