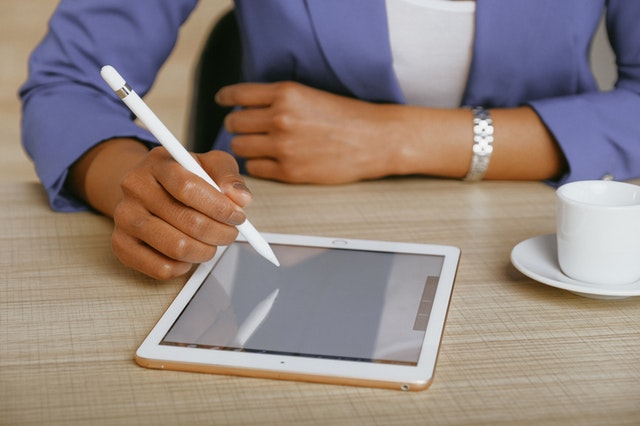 The precautionary measures put in place to combat Covid19 pandemic included minimal travel which resulted in almost every major business house mandating work from home. As a result, business entities have started execution of a document using electronic signatures or by other electronic means. But questions persist on the legal status and enforceability of electronically executed documents on par with physical (or wet ink) signatures and physical records. The primary requirement to be seen while executing a document electronically is whether the governing law of the contract recognises such electronic execution of contracts.

Indian Contract Act, 1872 (“Contract Act”) which was enacted in the 19th century govern contracts, oral or written. The Contract Act was not enacted keeping in mind the recent technological advancements. Section 10 of the Contract Act describes the essential elements of a valid contract viz., parties must be competent to contract with their free consent (and not under any undue influence, coercion or misrepresentation), for a lawful consideration and with a lawful object.

You may also like: Highlights of Personal Data Protection Bill

While the Contract Act is silent on electronically executed contracts, the Information Technology Act, 2000 (“IT Act”) provides legal validity to the electronic contracts. Section 4 of the IT Act states that if any law mandates information in writing or in the typewritten or printed form, then, such requirement shall be deemed to have been satisfied if such information or matter is rendered or made available in an electronic form and accessible so as to be usable for a subsequent reference.

You may like: RBI issues guidelines for payment aggregators

On a bare reading of Section 4 of the IT Act and the definitions of the terms electronic form, electronic data, we may conclude that electronic records are treated on par with the physical records.

Modes of Electronic Execution of Contracts under the IT Act

Vide Gazette Notification G.S.R. 61(E) dated 27 January 2015 the Central Government under Section 3A has prescribed Aadhaar based e-authentication of documents. Documents authenticated by electronic signatures as per the procedure laid down under the IT Act are secure electronic records under Section 14 and 15 of the IT Act i.e., they are deemed to be executed by the concerned party unless the contrary is proved. We may also note that Section 85B of the Evidence Act, 1872 the court while dealing with secure electronic signatures shall presume that signature has been affixed with the intention of signing and approving it unless the otherwise can be proved. Therefore, we may conclude that signing of documents remotely as per the procedure under the IT Act is a valid binding execution.

Therefore, where the execution of documents physically or electronically is not possible, the parties may send offer and acceptance by the exchange of emails / electronic communication. The Supreme Court in Trimex International FZE Ltd. Dubai Vs. Vedanta Aluminium Ltd., India [2010 2 SCC 1], has upheld the aforesaid and recognized offer and acceptance through e-mails as a valid contract in absence of a formal contract. The Supreme Court has deliberated over the issue of agreements executed over emails and held that “Unconditional acceptance of contract concluded orally or in writing [or by e-mail].. mere absence of a signed formal contract, would not affect either unconditional acceptance of contract or implementation thereof.”

In a recent case of Ambalal Sarabhai Enterprise Limited v. KS Infraspace LLP Limited (2020) SCC OnLine 1, the Supreme Court dealt with the validity of agreements entered into by parties using correspondences over email and WhatsApp. The Court in the case has held as that “the WhatsApp messages which are virtual verbal communications are matters of evidence with regard to their meaning and its contents to be proved during a trial by evidence­in­chief and cross-examination. The e­mails and WhatsApp messages will have to be read and understood cumulatively to decipher whether there was a concluded contract or not.”

The communications and acceptance through electronic modes without actual execution poses a risk of dispute even on existence as they are not secure electronic records and the existence needs to be proved. Therefore, as a precautionary measure, parties must record the special circumstances and intention to enter a binding contractual relationship through emails and a formal contract at a later stage once the things return to normalcy.

Other common modes include: ‘Click-wrap Agreements’, ‘Shrink-wrap Agreements’ and ‘Browse-wrap Agreements’. Click-wrap agreements are commonly used in software licences, social media terms of use, banking services and e-commerce portals which mandate users to accept the terms by clicking on a box or icon titled “I Agree”. Shrink-wrap agreements are terms that come bundled with any product and using the product is deemed as acceptance of the terms of the contract. Browse-wrap agreements do not mandate any specific user action and by simply browsing the website/portal it is deemed as acceptance of the terms. However such agreements are not recognised under the IT Act and the Courts in India have not extensively dealt with the question of validity/enforceability of such contracts.

The Tribunal further held as follows:

“So far as the legal enforceability of such Licence Agreements is concerned, in spite of the fact that it may fulfil all the requirements of a valid contract, such an agreement may not be enforceable, if its stipulations conflict with the law-governed in the country where such licenses are intended to be enforced, or if it is an unconscionable or unreasonable bargain.”

Therefore, we may conclude that enforceability of Shrink-wrap, Browse-wrap, and Click-wrap Agreement may pose a considerable question of validity/enforceability before Courts in India.

Not all documents can be authenticated electronically:

We may note that the the IT Act is not applicable to documents and transactions specified under Schedule – I therein which are as follows:

a) A negotiable instrument (other than a cheque) a defined in Section 13 of the Negotiable Instruments Act, 1881.
b) A power of attorney as defined in Section 1A of the Power of Attorney Act, 1882.
c) A trust deed as defined under Section 3 of the Indian Trusts Act, 1882.
d) A Will as defined under the Indian Succession Act, 1925 and includes any other testamentary deposition.
e) Any contract for the sale or conveyance of immovable property or any interest in such property.

Therefore, the above documents though executed electronically as per the procedure laid down under the IT Act, cannot be considered as validly executed.

Gmail Tips and Tricks you must know to benefit more