KP Krishna Previewtechindia
Add Comment
Followed by multiple delays, an upgraded version of the Unified Payments Interface (UPI), UPI 2.0, was launched today at an event in Mumbai. The launch was attended by RBI governor Urjit Patel, State Bank of India (SBI) chairman Rajnish Kumar and Nandan Nilekani, the non-executive chairman of Infosys who is also the innovation advisor at NPCI.

2. One-time mandate: UPI mandate could be used in a scenario where money is to be transferred later by providing commitment at present. UPI 2.0 mandates are created with one-time block functionality for transactions. Customers can pre-authorise a transaction and pay at a later date. This feature is really useful in cases like fare payments of Ola and Uber.

3. Invoice Feature: According to NPCI, this feature is designed for customers to check the invoice sent by merchant prior to making payment. It will help customers to view and verify the credentials and check whether it has come from the right merchant or not. Customers can pay after verifying the amount and other important details mentioned in the invoice.

Digital invoices before making a transfer! UPI 2.0 gives you the additional freedom of verifying the invoice details before payments! #UPI2.0 #HighOnUPI pic.twitter.com/lXZLWH8a5O

4. Signed intent and QR: This feature is designed for customers to check the authenticity of merchants while scanning QR or quick response code. It notifies the user with information to ascertain whether the merchant is a verified UPI merchant or not. This provides an additional security. Transactions are processed faster as app passcode is not required in case of signed intent. It also negates the chances of QR tampering. Customers will be informed in case the receiver is not secured by way of notifications.

UPI was launched on 11 April 2016 and in the last two years the platform has emerged as a popular choice among users for sending and receiving money. BHIM UPI recorded transactions worth Rs 45,845 crore and 235 million in terms of value and volume in the month of July 2018. 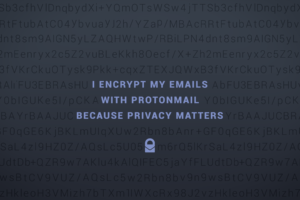