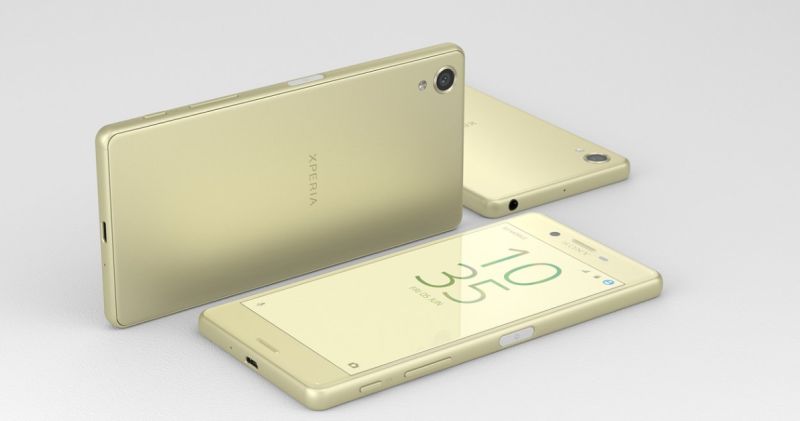 Sony India has unveiled the new X series smartphones, with the flagship Xperia X Dual and the mid-range smartphone Xperia XA Dual. It can be noted that this new X-series lineup was exhibited at the Mobile World Congress 2016 event in Barcelona in February. While the Xperia X doesn’t really contain the latest best specs to compete against the flagships from other top-tier brands, it claims to have two-day long battery life and fast photo capture feature. It can be noted that Asus has launched a series of Zenfone 3 on the sidelines of Computex 2016.

The Sony Xperia X is powered by the Qualcomm Snapdragon 650 processor (octa-core chipset clocked at 1.8GHz) along with 3GB of RAM. On the storage front, it has an internal storage capacity of 32GB, where the storage can be expanded by a further 200GB with a MicroSD card. Powered by Android Marshmallow OS with the Xperia UI. On a camera front, there is a 23-megapixel camera on the back along with a 13-megapixel powerful front-facing selfie camera. The device sports a 5-inch Full HD (1080×1920 pixels) resolution Triluminos display and gets its power from a 2620 mAh battery. On the connectivity front, the Xperia X supports, 4G LTE, GPS, A-GPS, Wi-Fi 802.11 a/b/g/n/ac, Bluetooth v4.2, NFC and micro-USB connectivity.

Sony Xperia XA is powered with a MediaTek Helio P10 (MT6755) processor along with 2GB RAM and internal storage of 16GB, along with a MicroSD card slot which can further expand the storage up to 200GB. Xperia XA is a mid-range device that comes with a 5-inch display but it is a beautiful edge-to-edge display with minimum borders on the sides. On the camera front, this device features a 13-megapixel rear and an 8-megapixel front-facing camera. Powered by a supporting Qnovo Adaptive Charging Technology, the phone features a battery of 2,300mAh the phone runs Android Marshmallow OS with the Xperia UI.

Both the gadgets are said to have powered by hybrid autofocus system. The smartphones support Dual SIM functionality and are available in color variants White, Graphite Black, Lime Gold and Rose Gold. On the online front the device is exclusively available on Amazon India, while in the offline market, customers can get it from Sony Center, Xperia Flagship stores, top mobile and electronic stores.